On March 9th , 2020 when a semi-trailer was driving in the direction of the Beijing-Kunming expressway in Taiyuan, the driver hit the central guardrail of the expressway due to fatigue in driving at night, causing damage to the body of the truck and the road. Fortunately, no casualties were caused.

After receiving the alarm, police rushed to the scene, only to see the semi-trailer left side of the body and the central guardrail of the highway scratches collision, the body has a certain degree of damage.Due to the darkness of night, the accident vehicle in the first lane can not move, in order to ensure the normal operation of other vehicles, to prevent the occurrence of the second accident, the police immediately on the scene for safety protection.

It is understood that the traffic flow of this section of the road is not large when the accident occurred, the road condition is also relatively good, how can the normal vehicle hit the guardrail?Asked about the cause of the accident, the driver of the large truck told the police that he was alone on the truck, driving from Yuncheng to Datong, the accident happened when the vehicle in the third lane of normal driving, driving himself to make a nap, doze, the result of the car has crashed into the central guardrail......After understanding the situation, the police severely criticized and educated the driver, and then contacted the highway administration and other departments to rescue and clean up the accident site, and the normal traffic of the expressway was resumed immediately.The driver shall compensate for the loss of road property caused by the accident.

Expressway traffic police prompt, driving vehicles on the highway, if you feel sleepy on the way, do not continue to drive vehicles, should quickly to the nearest service area or under the high speed stop rest, timely reduce and improve the fatigue level, on the road after recovery.And in the long driving process, should drive by 2 people in turn, alternate rest, so as to ensure driving safety. 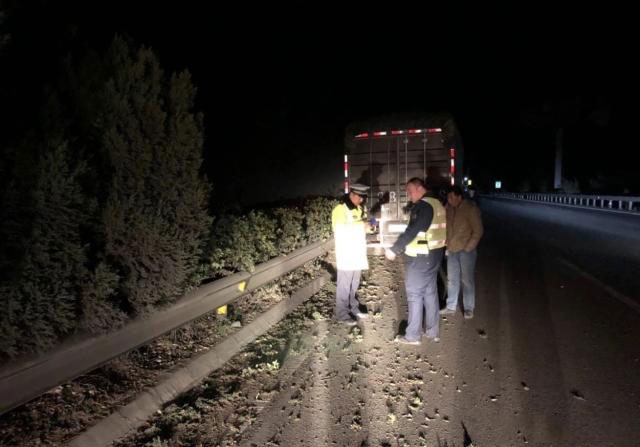